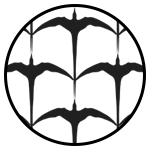 You are so elegant to behold”